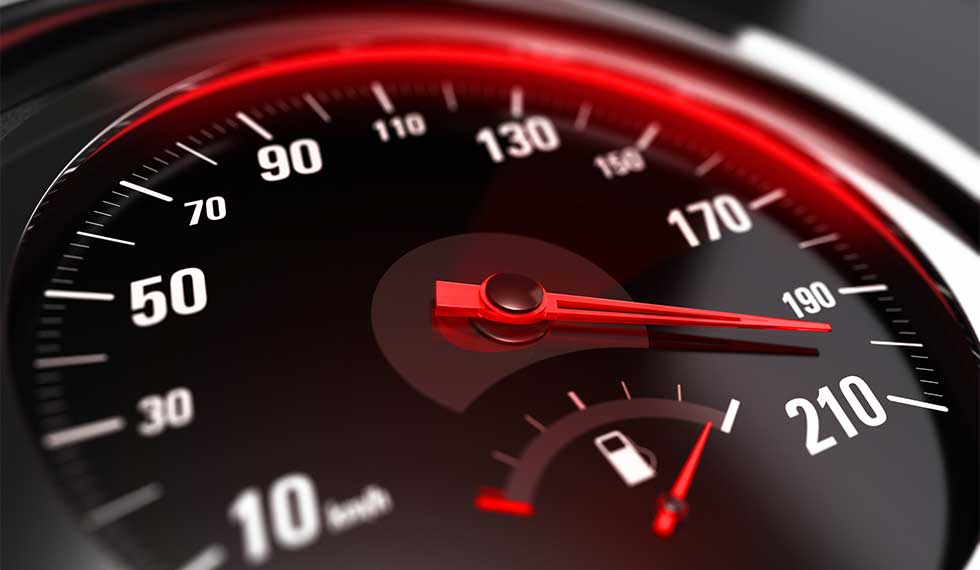 Taking care on the roads and driving within speed limits is not only safe – it’s the right thing to do for all road users. It can also save you money, and keep your licence clean. Despite all this, many people still speed, making it one of Singapore’s most common traffic violations. It can happen to anyone – accidentally or intentionally. It’s a good idea to know the law around speeding – if you’re aware of the consequences, you may be more cautious on the roads.

Speeding convictions in Singapore mean demerit points on your record. You’ll also be fined or have to appear in court. If the case is serious or involves a repeat offender, a licence can be suspended or revoked.

Speeding is classed as a ‘strict liability offence’ – meaning as long as you are caught driving the vehicle above the speed limit, you have committed an offence, whether you intended to speed or not.

However, in some cases the police may exercise their discretion and not charge a speeding driver, or charge them with a less serious offence. For instance, driving dangerously carries a more severe punishment than simply speeding.

In Singapore, the Road Traffic Act governs speeding offences. Under section 63, it’s an office to drive a motor vehicle, of any class, on a road, above the specified speed for that road, either generally or at a specified time.

The speed limit depends on the type of road, who the other road users are, and the surrounding area (whether it is industrial, residential, etc). For normal roads, speed limits usually range from 30 to 70 kilometers per hour.

What are the speed limits for roads in Singapore?

Speed limits are specified in s.2 of the Road Traffic (Restriction of Speeds on Roads) Notification. Schedules 1 to 6 determine limits for specific roads.

Typical examples are 30 km/h on some West Coast Highway sections; 60 km/h for sections of the Admiralty Road; and 90 km/h for parts of the Ayer Rajah Expressway. On Expressways and tunnels, expect limits of between 80 and 90 km/h.

Some areas – such as school zones – have limits of 40 km/h for all vehicles at specific times, like when school is open. You’ll be notified of this by signs saying ‘school zone, 40 km/h in effect when lights flashing’.

Likewise, silver zones have 30 / 40 km/h speed limits. Silver zones are parts of roads between traffic signs which mark the start and end of the zones, and are designed to protect senior pedestrians when crossing the road.

Additional speed limits are imposed by the Land Transport Authority which depend on the weight and capacity of a vehicle. For cars, motorcycles, buses and light commercial vehicles up to 3.5 tonnes or 15 passengers max, the limit is 50 km/h on normal roads.

On expressways, the limit for buses and coaches is 60 km/h, and 60-70 km/h for light commercial vehicles. A car or motorcycle on an expressway is allowed to travel between 70 and 90 km/h.

A heavy vehicle breaking the speed limit will be fined differently to a light vehicle.

What are the Penalties for Speeding?

Speeding penalties may include:

Currently, the demerit point system is as follows:

Demerit points can be removed from your record and are not permanent.

How can demerit points be removed?

Points can be removed if a driver does not accrue any further points in the 12 months after an offence.

Alternatively, a driver can attend a Safe Driving Course (SDC) and have 4 points removed from their record.

Who can attend the SDC?

Drivers who are on probation or are liable for suspension of their license, or who are disqualified, may not attend an SDC. Likewise, drivers who have already attended an SDC in the past year are not eligible to attend another SDC. Eligible drivers can only attend a maximum of two SDCs in any ten-year period.

Depending on the speed, a driver may be fined or prosecuted in addition to the demerit points.

Put simply, a composition fine means paying money to avoid prosecution in court. The amount depends on the vehicle’s speed and weight.

Breaking the speed limit by no more than 40 km/h is classed as a minor traffic offence. You will pay a composition fine instead of facing prosecution in court. Your notice will state specifically the ‘offer of composition’. You must pay the fine, or you will be prosecuted by the court.

If the fine expires before it’s paid, and you don’t want to contest the charge, you’ll have to pay a court fine which is higher than the original composition fine.

You can pay fines at any AXS machine.

Composition fines currently range from $150 to 300 for light vehicles, and $200 to $400 for heavy vehicles, depending on the seriousness of the offence.

It is a serious offence to exceed a speed limit by more than 40 km/h. Drivers who do so will not be offered composition fines, but will instead be prosecuted and must appear in court.

For repeat offenders who exceed limits by more than 40 km/h, s. 67(A) of the Road Traffic Act allows the court to impose a punishment of three times the amount of a first offence punishment, up to a maximum of ten years in prison.

Suspension or revocation of a driving license

Under s. 45 of the Road Traffic Act, the Deputy Commissioner of Police can suspend a driver’s license if they think that person is a danger to the public whilst holding a license, or that they’re not competent to drive a motor vehicle. The aim of the demerit points system is to identify such drivers. The driver’s status and past record will determine their liability for the suspension or revocation of their license.

New drivers, or those who have not yet held a license for a year, may have their license revoked if they accrue 13 demerit points or more in their first year of driving. This invalidates the license and they must reapply for it and take another driving test (both theory and practical) to get a new one.

If a driver, having no previous suspension record, accumulates 24 or more points within 24 consecutive months, they will be suspended for 12 weeks.

If a driver, who has a previous suspension record, accumulates 12 or more points within 12 months, then they will be liable for a subsequent suspension.

The length of suspension depends on how many times the driver previously had their license suspended.

The license card must be given to the police for the period of the suspension. For the first 2 suspensions, the card is returned to the driver, but from the 3rd suspension onwards it is not, and the driver must take all relevant tests if they want to drive again.

Can the suspension period be reduced?

Drivers on their 1st  or 2nd suspensions have the option of a DIPS retraining course, which reduces the suspension period upon successful completion.

How will your future be impacted by speeding fines?

Demerit points are temporary, and can be cleared by 12 months of good driving with no further offences.

You will not have a criminal record for speeding offences, as they are not registered under the Registration of Criminals Act. Be aware that serious offences such as death by dangerous driving will appear on your criminal record. 5 years of crime-free behaviour are needed before clearing such a record.

As most speeding offences don’t appear on a criminal record, there’s no need to tell future employers of them when making job applications. But if your offence was serious and led to conviction in court, you must declare it when asked if you were ever convicted in a court of law.

Always remember that speeding is a serious and dangerous offence – if you accumulate demerit points or have your license revoked or suspended, it can have a significant impact on your life. 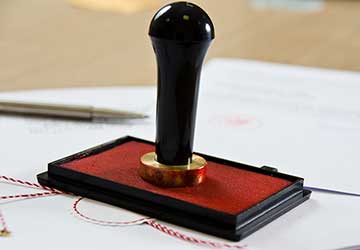